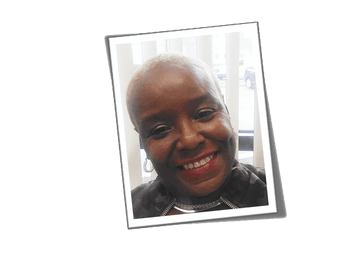 In 2002 I was released from WERDCC women’s prison in Vandalia, MO with a little over 2 years [in recovery]. Upon my release I began outpatient treatment through probation and parole and began participating in Narcotics Anonymous. I got a sponsor, a homegroup, and I began to work the 12-step program. I became gainfully employed, acquired a home, car, and a husband! Life was great. I then had a bad case of the ‘FORGOT’S’. I suffered a medical mishap and my life flipped. I suffered mentally, and physically due to this condition. Rather than use the tools of recovery; sponsorship, the fellowship/steps, and the meetings. I suffered in silence and then isolation. Eventually I thought alcohol would give me some relief. I FORGOT that I was [a person in recovery] and that any mind or mood-altering chemical released my addiction all over again. The drinking led back to the drugs and further isolation. I quit working and quit trying. I spent ten years [using again] until finally in desperation I was admitted to a [psychiatric unit] for suicidal thoughts and major depression. I was homeless, penniless, and hopeless. I was in the hospital for about 2 weeks and was offered an opportunity to attend treatment in St. Charles. I took it! I completed the program and was given the opportunity to move into a [recovery residence] in St. Peters. I have served as house manager for LIV Sober Living, I am gainfully employed with a financial service provider, I am an active member of First Assembly Church of St. Peters, I have a new sponsor, a homegroup and I am back to working the steps. I have a foundation of recovery, and I pray to never lose touch with my fundamentals. I know that every day [in recovery] is a successful day.