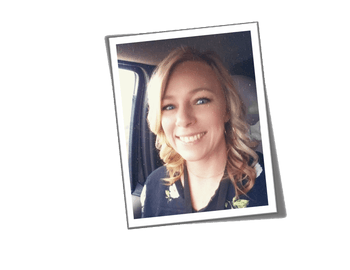 I spent several years using meth, opiates, and alcohol. I was in an extremely abusive relationship and was sexually assaulted several times during that period of my life. I  continued to engage in risky behaviors often putting myself in scary situations. I was homeless at one point because I was ashamed to face my family and too scared to enter treatment which was very expensive in those days. I decided to change my life when I found out I was going to become a mother. On May 4, 2009 I decided that I deserved more than I was allowing myself to be. On that day, my world became brighter and I decided I was worth saving.  I promised my son that he would never know that life because of my actions. I began to attend meetings, and I leaned on my family for support who never stopped loving me and never turned their backs. I changed everything about my life, putting my recovery before anything else. I sought treatment for bipolar disorder, anxiety, and PTSD. In 2011 I began working in the SUD field, first as support staff, later moving in to facilitating groups and working as a case manager. 11 years later I hold a CRADC counseling credential, and I am pursuing MARS for a better understanding of medications and in order to be of service to others. I currently have a BA in Criminal Justice from Saint Louis University and hold a position on the Missouri Addiction Counselors Association’s Board of Directors. My own experiences with SUD/OUD have allowed me to find my purpose in life and allowed me to learn many lessons. I’ll never stop sharing my story, and I’ll continue to recover out loud, especially if I can help change someone else’s life.