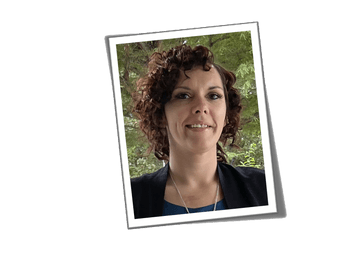 In 2017 I was using meth and heroin; even overdosed at one point. My daughter was taken and put into Children’s Division care, and my family disowned me for the most part. I didn’t blame them one bit because I was living selfishly! The Lord began to get my attention, He was calling me out of that life! I was wanted by the law at that time, I was on the streets hopeless and scared. I stopped by a church and prayed after just leaving the dope man’s house. I prayed God would send me a miracle because I couldn’t keep living my life like I was. That very same day I was arrested and put in jail then prison. I was angry at first but then realized God answered my prayer. I needed that time to sit and seek God and be still. In prison, I heard about mission gate. I began to pray on it and sent my application in. I knew that was my way to start a new life. I got accept-ed, I was terrified because it was 9-month program and in an area, I didn’t know with people I never met. But when I got there a year after being locked up, I had a sense of peace and a knowing I was where I needed to be. I met some amazing woman, a wonderful church family, and a great job. I needed to be in a new area with new people! The program put a desire in me to want to be in ministry one day. After I graduated the program, I moved out and continued to stay in church and keep myself surrounded by sober people. I continued my job but prayed God would lead me to a ministry to work. 4 n a half years later I was called by a friend that works at mission gate asking me to come work and live there! I was again terrified but stepped out in faith. The Lord has been my strength in my recovery! I am nothing without Him! He has helped me every step of the way! Every trial He has helped me out of! Now I get to help people in their recovery and give back to the program that has helped me. I’m now a certified peer specialist and get to share my story and help others, and that’s what also helps me stay sober!