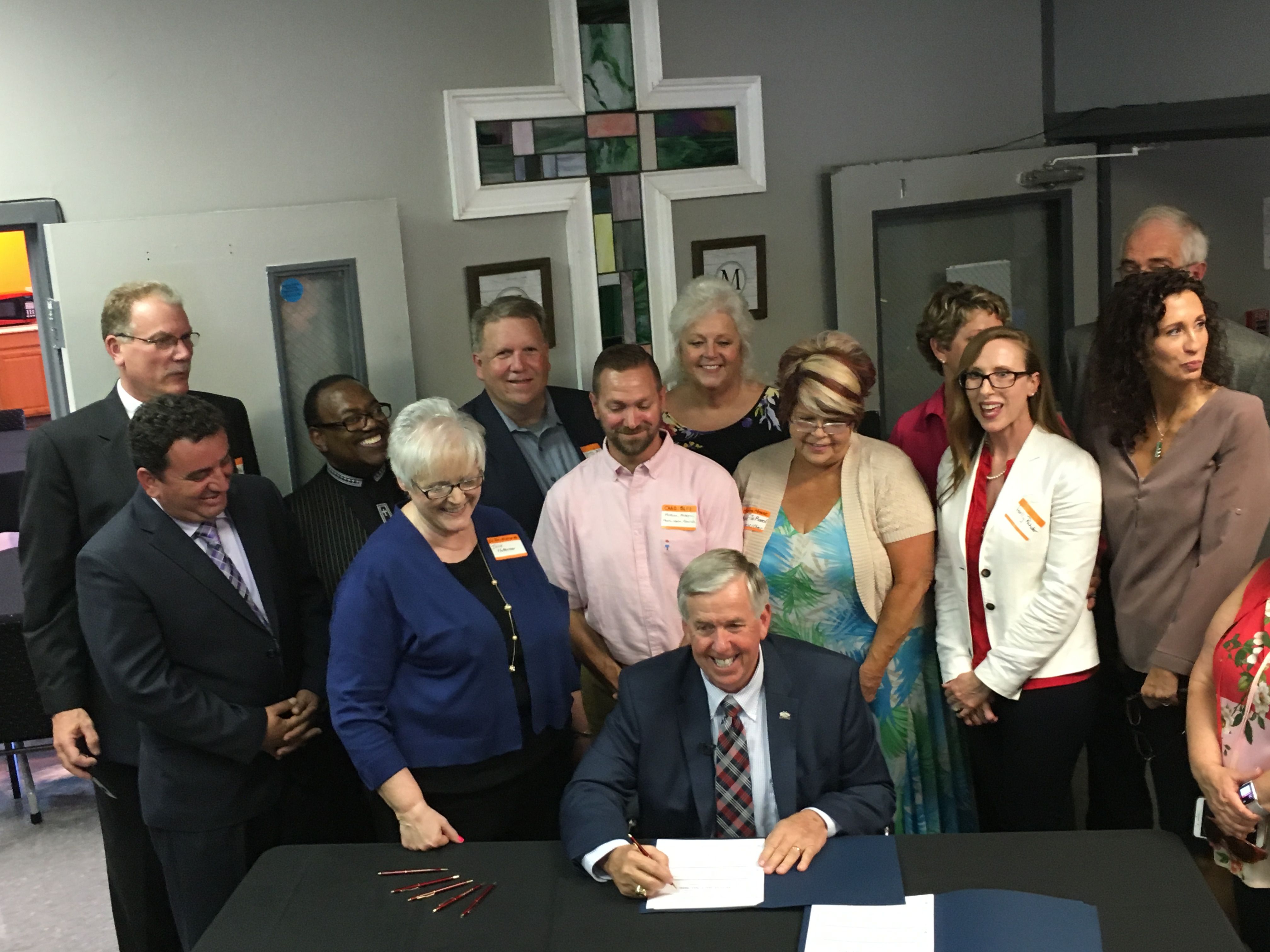 Governor Mike Parson signed this into law at a bill signing ceremony at Mission Missouri (one of the member organizations of MCRSP) in Sikeston on June 26, 2018.

Governor Mike Parson signed this into law at a bill signing ceremony at Mission Missouri (one of the member organizations of MCRSP) in Sikeston on June 26, 2018.

In his 2003 State of the Union address, President George W. Bush announced the creation of the Access to Recovery (ATR) program as a way to enlist the faith community in the nation’s war to combat drug abuse. The Missouri DMH was successful in obtaining federal ATR grant funds for the full 14 years the program existed.  ATR was cut back substantially in Missouri in 2010 and was only available to organizations in Kansas City, Warrensburg/Sedalia, Springfield/Joplin and the Bootheel ATR expired in its entirety nationwide in April 2018. Motivated recovery support service (RSS) providers, including housing providers, throughout Missouri to come together at this point in an effort to secure funding from the state to replace the expiring ATR funding.

Where we are today

MCRSP worked with former Governor Eric Greitens to insert a line-item in his FY2019 budget to continue RSS funding with state general revenue dollars.  One of the requirements was that RSS funding would be available to organizations statewide once again.  MCRSP sought a $3 million line item for FY2019, and was able to achieve an initial line item of $2.625 million in Section .110 of the DMH budget under “ATR RSS Funding.”  Governor Mike Parson signed this into law at a bill signing ceremony at Mission Missouri (one of the member organizations of MCRSP) in Sikeston on June 26, 2018.  Governor Parson proposed an additional million dollar increase in funding in his FY2020 budget, which also successfully passed through the legislature.

State RSS funding in Missouri has remained constant since FY2020 at $3.67 million annually.  In addition, MCRSP has been successful in working DMH to funnel additional federal funds into recovery supports, including federal block grant funding, the federal State Opioid Response grant and the federal State Targeted Response grant for the opioid crisis. From all of these sources, funding for recovery support services is approximately $8 million annually in Missouri. A major activity of MCRSP is to serve as a voice of the RSS provider community before the legislature and government agencies in Jefferson City.

This form needs Javascript to display, which your browser doesn't support. Sign up here instead